Summary of the case of Donoghue v Stevenson (1932)

- The Plaintiff (or Claimant as they are now called), Mrs Donoghue drank from a bottle of ginger beer. This was bought to her by a friend in a café.

- The bottle was opaque and when she poured the contents into her glass, she noticed a decomposed snail in the bottom.

- The snail allegedly caused her to become sick.

- Mrs Donoghue did not hold a contract with the beer manufacturer, so the only way she could seek legal redress was through the tort of negligence. 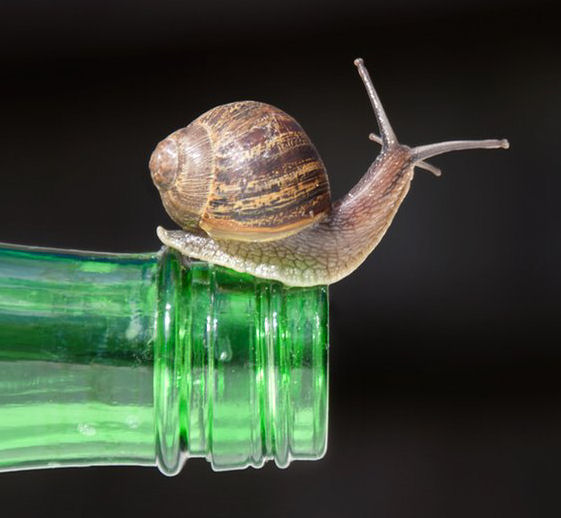 The below diagram illustrates the contractual relationship in the case - note that Donoghue did not have a contract with Stevenson, therefore the action was in negligence rather than breach of contract. 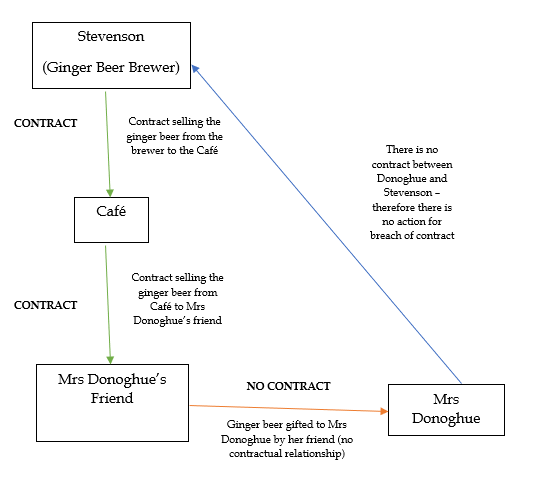 - The House of Lords (as it then was) held that the manufacturer (Stevenson - the Defendant) owed Mrs. Donoghue a duty of care not to cause her injury. This is sometimes referred to establishing the 'neighbourhood principle'.

- Three main reasonings of the court:

1. Negligence is a distinct and separate element of tort law

2. Duty of care in tort does not require a contractual relationship

3. Manufacturers of a product owe a duty to those who intend to use their product

Are you ready to boost your marks?

Our tutors are ready to help you today.